Even A Saint's Suicide Is Precious In God's Sight 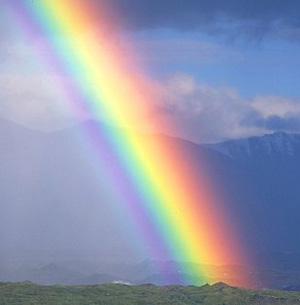 The Holy Bible doesn't say, “Precious in the sight of the LORD are the saints who die a certain way.” No, it says, Precious in the sight of the LORD is the death of HIS SAINTS.” The emphasis is not the means of death, but the saints themselves. Bless God, I am a saint of God!!! 1st John 5:20, “And we know that the Son of God is come, and hath given us an understanding, that we may know him that is true, and we are in him that is true, even in his Son Jesus Christ. This is the true God, and eternal life.” I love that Bible verse! Jesus is eternal life! If you have the Son abiding in you, then you have eternal life abiding in you! John 3:36a, “He that believeth on the Son hath everlasting life...”

Since Harvest Baptist Church on Guam won't take me back, I've been visiting a new, small, local Baptist church much farther away for several months with my daughter, son-in-law and grandson. The pastor and his wife have worked hard to start this new church. Sadly, their 17 year old son just commit suicide on June 25th. I was deeply saddened, not for the young man, but for the pastor and his family. I am sad that the young man took his life, but he is with Jesus now. I am sad for the family, who are hurting from this. Here's the church's website and memorial service on Facebook if you'd like to watch it. No parent should have to bury their child in such a manner, or any manner. Suicide is never the answer, but I admit that I even bought a couple small barbeques many years ago, and contemplated suicide by asphyxiation, overwhelmed with life, burdens and loneliness. It is easy to preach to people how to live, but actually doing it is a whole different story! Life is what happens to you when you're making big plans!

The thought of this life being a one time deal, and that there's no coming back once you cross that line of death, compelled me not to do it. Brother Lester Roloff (1914-1982) is right, who said, “You'll never know that Jesus is all you need, until Jesus is all you have left!” Brother Roloff made that statement in his helpful sermon called: “A Faith Must Be Tested.” My father disowned me in 2001 and kicked me out of his ministry, the state of Illinois charged us in 2002 with abuse for not letting them drug our daughter like a Guinea Pig, my permanent chronic neck pain began in 2004, my wife divorced me in 2006, I was ravished by lawyers for $77,000 in legal bills, I consequently lost my home, and my disgruntled adult children all went their own way, I underwent two major neck surgeries in 2009 and 2010 without a soul in this world by my side; all I had left in my life in 2010 was Jesus, but Jesus was all that I needed. Jesus is so precious to me! The one thing I have kept through all of this ordeal is my website ministry for Jesus Christ, which God inspired me to start in 2002.

Desiring to start a new life, I tried to move by myself back to the United States from Guam in 2013, but was overwhelmed emotionally with loneliness, so I unintentionally wasted $50,000 equity from what was left from losing my home, going in a big 4 month circle from Guam to Hawaii, to Tennessee, back to Guam. I had a 20 foot shipping container follow me the whole way. So in 2013 I returned to the only home I had known for the past 9 years on Guam. I was reluctantly living out of a suitcase, when I crawled into Harvest Baptist Church in November of 2013. I desperately needed their love and help so much with my broken life and heart, and I got it for the first several months, until I made the mistake of loving them enough to TELL THE TRUTH that Lordship Salvation is not the Gospel of free grace. It was over! Now I had lost my church family too!

I am not bitter. As much as I'd love to get remarried, I doubt if I ever will, simply because I don't know how to find a wife. It is difficult on Guam to meet people, because they're already with someone. Meeting people over the internet hasn't worked for me. The church I am attending is very small. Harvest won't take me back (and just as well since they promote and bid Godspeed to Calvinists' Steve Pettit and John MacArthur). I love and forgive everyone! I am dedicating the remainder of my life to preaching THE BOOK (the King James Bible), the THE BLOOD (Jesus' blood sprinkled on the heavenly Mercy Seat) and the THE BODY (the importance of the local independent New Testament church). We need preaching preachers in this queer-sympathizing, gender-bending, preacher-hating, truth-censoring, whore-chasing, jezebel-dressing, Bible-corrupting, lawyer-thieving, Gospel-perverting, spoiled-rotten, namby-pamby, stiffnecked generation of heathens! Even so, come, Lord Jesus!!!

Looking back, I can see more clearly. The future is uncharted territory, but hindsight is 20/20; but my Lord knows the way through the Wilderness, all I have to do is follow! Suicide is never the answer, but our God is bigger than anything we could ever face in life. The best thing to do when tragedy strikes is don't try to figure it out, just “HAVE FAITH IN GOD” (Mark 11:22b) as Jesus taught. Suicide is a sin, no different than any other sin, and we are all sinners, right? The Christian is already “JUSTIFIED FROM ALL THINGS.” Acts 13:39, “And by him all that believe are justified from all things, from which ye could not be justified by the law of Moses.” Everything will work out for GOOD for every child of God. Our holy God is faithful. In the following passage, “them that love God” refers to every saint of God. Romans 8:28, “And we know that all things work together for good to them that love God, to them who are the called according to his purpose.” 1st Peter 2:7a, “Unto you therefore which believe he is precious...” There is no such thing as a Christian who does not love Jesus; you may not live Him as you ought, but you love Him, because God is love, and if you have the Holy Spirit, you have God's love shed aboard in your soul.

The death of each saint is precious in the sight of the Lord. It doesn't matter how a saint dies, another adopted child of God is coming home. God's adopted children (Christians) are just as precious as the only begotten Son of God Himself, our precious Lord Jesus Christ. The only difference when a saint commits suicide is that they got to go home early. We must not make the mistake of elevating the sin of suicide above any other sin. Pastor Jack Hyles used to rightly say: “Divorce is a sin that perpetuates for a lifetime.” Likewise, suicide is a sin that perpetuates for a lifetime. But, and oh this is so beautiful, when you got saved, ALL your sins were washed away by the blood. I've heard some preachers teach that all your sins are forgiven up until the time you get saved, but not the ones after. That is not true! They day a person gets saved, ALL of that believer's sins are forever washed away, pardoned, separated, remitted and taken away by the precious blood of Jesus. Psalms 103:12, “As far as the east is from the west, so far hath he removed our transgressions from us.”

We still must give account for the good and the bad done in the flesh (2nd Corinthians 5:10), but not as sins. Jesus took the punishment for our sins. In Heaven, we must face the Lord in civil court, but He will be our Judge, “And if any man sin, we have an advocate with the Father, Jesus Christ the righteous:” (1st John 2:1). Literally, Jesus will be our defense attorney as well as our Judge, so that there is no danger of going to Hell for the believer! Once saved, always saved! I do not believe in the perseverance of the saints, but in the preservation of the saints by the perseverance of the Holy Spirit! Amen! That is also what Pastor Harry Ironside (1876-1951) believed, for which the dingleberries at Moody Bible Institute assumed he must have turned to Calvinism in his latter years. What fools! Harry Ironside didn't have a Calvinist bone in his body! Praise God!

I know personally of some people who have commit suicide. One was a Christian crippled man in a wheelchair, whose wife abandoned him, and it overwhelmed him. Another was my best friend growing up, who took his father's shotgun and shot himself in the head at age 22. He'd been drinking booze, running from God and struggling. Another man, about 30 years old, who came to our mission in Chicago to volunteer on holidays with the meals, commit suicide when his fiancée married someone else, and he was in debt also. These are people that I met personally, and knew. And now sadly, of course, this 17 year old young Christian man who took his life on June 25th. Life is not fair! God is always fair! I am often reminded of what Jesus told His disciples in Mark 11:22b, “Have faith in God.”

I remember when Pastor John Wilkerson of the First Baptist Church of Hammond, spoke about their 17 year old daughter who was tragically killed in a car crash, that Pastor Wilkerson said: “Everything God does is right!” I never forget that truth and think of it often. Folks, everything God does is right! We may not understand why things happen as they do, but our God knows all things. When you cannot see tomorrow, trust He who holds tomorrow! I love something that Pastor Max Younce wrote in one of his books, that I never forgot: “God only knows the things that would have happened, if the things that happened, hadn't happened!” As much as the sudden suicide of a friend or loved one hurts us, if they were a born-again Christian we can rejoice in the Lord knowing that, “Precious in the sight of the LORD is the death of his saints” (Psalms 116:15).