I recently attended a Baptist church for the first time with my son and listened to the pastor speak. He was dry, mundane and I had to struggle to stay awake. He never moved away from the pulpit, spoke with a dull monotone voice and lacked any real substance in his sermon. He mentioned in his sermon that would soon be leaving for Hawaii to return to religious seminary. I couldn't help but ponder how much damage religious seminaries have done to pastors over the decades. To no surprise, the church has no soulwinning program. Sadly, most of America's churches are dead!

It is sad that so many pastors have been trained to preach prearranged sermons using templates from seminary. In fact, it is pathetic. Every pastor should walk with God throughout the week, and then share with his congregation the things he learned from the Bible, the burdens God has laid upon his heart and his soulwinning experiences.

“If you preachers would start winning souls everywhere you go, you wouldn't have to get a book of illustrations to preach from next Sunday.”
—Dr. Jack Hyles, from the book titled LET'S GO SOULWINNING

I say phooey on religious seminary! More preachers have dug their own graves at preacher's seminary than at any other place. The world is dying for genuine men of God who haven't been trained to be puppets to some Pulpit Committee. I'll tell you what . . . it'll be a cold day in Hades before I answer to some Pulpit Committee. A pastor ought to preach the Word of God from his heart, and not in accordance with what some group of pious men think he ought to preach. If you're a pastor who answers to a Pulpit Committee, shame on you! Get you a milk-crate if you have to, turn it over and preach in an empty parking lot across the street; but don't allow men to tell you what God puts in your heart to preach.

There's no difference between seminary and a cemetery. Both are places of the DEAD. America's churches are practically spiritually dead. There is hardly any spiritual life in America's pulpits anymore. Few preachers cry aloud against the wickedness of sin. Few preachers expose the vile Catholic religion. Few preachers are willing to fight over the Bible version issue, while Satan sits back and laughs at all the false doctrines being taught from the New International Version. I don't know of one church whose pastor uses the NIV that doesn't teach Lordship Salvation. It is tragic!

Beware of a False Gospel

The particular Baptist church that I recently attended teaches that a believer can only be assured of Heaven IF they ABIDE IN CHRIST. That is a false gospel. So many churches today teach a false gospel of Lordship Salvation, i.e., the heresy that believing on Jesus Christ for salvation is insufficient by itself to save a sinner. Lordship Salvationists also require that a sinner cease from their sinful lifestyle, surrender their life to God's will in obedient living and continue abiding in Christ to be saved. That is a false Gospel. The Apostle Paul warned us that Satan would attempt to complicate the Gospel . . .

“But I fear, lest by any means, as the serpent beguiled Eve through his subtilty, so your minds should be corrupted from the simplicity that is in Christ.” —2nd Corinthians 11:3

Lordship Salvation is very complicated, because giving up one's sinful lifestyle is no easy task. In sharp contrast to Lordship Salvation, the Bible teaches that God wants to save us by faith and then help us to GROW as newborn babes through the sincere milk of God's Word (1st Peter 2:2). To expect a babe in Christ to live a consecrated life for God would be as unreasonable as expecting a newborn infant to run a marathon. Biblical repentance is the recognition of my sinnership — the owning before God that I am as vile as He has declared me to be in His holy Word. This has nothing to do with forsaking the act of sin itself. The change comes AFTER a person is saved; NOT as a prerequisite to salvation, nor as a part of saving faith. Salvation is of the Lord. Our part is to acknowledge our guilt of sin for violating God's holy Law, and then believe upon the Lord Jesus Christ to forgive our sins and give unto us eternal life. Salvation is simple—we are sinners and Jesus is the Savior. It is simple to be saved. Amen!

There are many false gospels in the world today, but none more subtle than Lordship Salvation. Proponents of Lordship Salvation are quick to lash back accusing us of teaching that people can make Jesus their Lord while living like the Devil. What they fail to realize is that they are just as vile, wicked and sinful in the eyes of God as the weak believers they condemn. James 2:10 states: “For whosoever shall keep the whole law, and yet offend in one point, he is guilty of all.” There are no believers who have “arrived.” Lordship Salvation is rooted in self-righteousness. They think because they have surrendered their life to God, and are doing the best they can do to forsake sin, that they have eternal life. That is works salvation.

The Bible never defines “repentance” as turning from sin concerning salvation; but rather, simply “a change of mind.” Pastor Harry Ironside properly defines repentance as...

"Repentance is the recognition of my sinnership — the owning before God that I am as vile as He has declared me to be in His holy Word."

This definition is vastly different than Lordship Salvation which requires for one to be willing to turn away from sin to be saved. Granted, genuine Biblical repentance brings forth a changed life (2nd Corinthians 5:17); but this change is the FRUIT of true repentance, and NOT a part of saving faith. Lordship Salvationists place the cart before the horse in expecting sinners to surrender their life to Christ at the time of salvation. It is not merely a matter of semantics. Satan is subtle and knows that the strongest lie is one that comes closest to the truth. Lordship Salvationists, such as Ray Comfort and John MacArthur, all correctly profess that salvation is by grace through faith in Christ Jesus; yet, they subtly ADD the requirement for sinners to forsake their sins in order to qualify for salvation. This totally defeats the purpose of Christ paying for our sins and offering us HIS RIGHTEOUSNESS...

All that God requires for salvation is that a person acknowledge their guilt of sin (Romans 3:19) and BELIEVE on Jesus Christ for the remission of sins. One's faith is counted for (or equivalent to) righteousness, i.e., the righteousness which is freely provided to us by Jesus' blood sacrifice (1st Peter 1:18,19). It is difficult for me to comprehend why any professed Christian would even imply that one must give up their sins to be saved. Such teaching places the burden of salvation upon mankind; instead of solely upon the righteousness which is in Christ. Forsaking one's sins is a part of growing in the Christian life. Babes in Christ don't generally decide to live a consecrated life for God until they've been discipled, mentored and had time for the Word of God to work in their heart.

Mary Magdalene and some other followers of Christ went to the tomb where He had been buried. Upon arriving at the tomb they saw the stone rolled away and two angels greeted them . . . “And as they were afraid, and bowed down their faces to the earth, they said unto them, Why seek ye the living among the dead?” (Luke 24:5). This Scripture came to mind when I thought about religious seminary. All those men are seeking for answers in the wrong place—among the spiritually dead. In John 5:39 Jesus commanded for us to  . . . SEARCH THE SCRIPTURES!!!

Tragically, the average pastor today has been trained in a spiritually dead, depraved, milquetoast, compromised, apostate institution. These are the ministers who are afraid to cry aloud against the wickedness of our day, avoid the topics of judgment and Hell, never go soulwinning, use corrupt versions of the Bible, teach the Lordship Salvation heresy and never accomplish great things for God. Religious seminaries are realistically nothing more than religious cemeteries—hindering the Spirit of God through corrupt versions of the Bible, watered-down preaching, entertainment worship, lack of soulwinning, et cetera. The world is dying for preaching preachers who uphold the King James Bible. 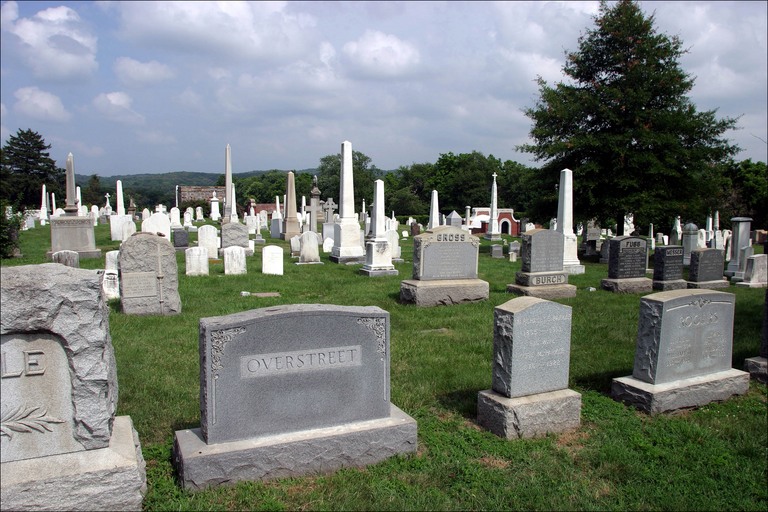