WORLD LEADERS AND THE OCCULT

People all over the world, especially in the 20th century, are perplexed about world leaders, such as Stalin in Communist Russia, and Adolph Hitler in Nazi Germany, committing the most heinous crimes against humanity. Ironically, they usually committed their atrocious acts against their own fellow citizens.

Just some psychopathic human action alone cannot perpetrate this magnitude of evil. Something far more intelligent, sinister, and cunning than man, and which has hatred for both mankind and Elohim is involved here. This shows that some evil force exists that is able to supplant compassion, which is instinctive within the human personality with malice, malevolence, and wickedness.

Modern psychology, which does not recognize the existence of demonic spirits, has its theories about human behavior, but it cannot explain this carnage and evil in the 20th century. No other animal species, especially mammals, commit such wanton carnage toward each other.

"This present window of opportunity, during which a truly peaceful and interdependent world order might be built, will not be open for too long - We are on the verge of a global transformation. All we need is the right major crisis and the nations will accept the New World Order."

The New World Order has already cost the lives of one hundred million people. Sadly, more than half of all the fatalities in the Iraqi War have been innocent citizens, mostly women and children. Life has become cheap in the world today, largely because of legalized abortion which devalues human life to being worth less than an animal.

—Speaking Out Against Evils in Government—

Titus 3:1-2,  “Put them in mind to be subject to principalities and powers,
to obey magistrates, to be ready to every good work, To speak evil of no man,
to be no brawlers, but gentle, shewing all meekness unto all men.”

I recently heard a pastor of a very large church foolishly state that it's wrong to criticize President Obama for any reason. The pastor used the Biblical text, “speak evil of no man” from Titus 3:2. Unfortunately he took the verse out of context. The Bible does not prohibit Christians from speaking out against evil; but rather, not speaking evil of others.

Titus 1:10-13, “For there are many unruly and vain talkers and deceivers, specially they of the circumcision: Whose mouths must be stopped, who subvert whole houses, teaching things which they ought not, for filthy lucre's sake. One of themselves, even a prophet of their own, said, The Cretians are alway liars, evil beasts, slow bellies. This witness is true. Wherefore rebuke them sharply, that they may be sound in the faith.”

Things are not as they appear...

I just watched DIE AMERICA DIE! by Pastor Texe Marrs (you've got to see this!). Folks, we're in big trouble! The Illuminati Plan to Murder America, Confiscate Its Wealth, and Make Red China Leader of the New World Order! Here's some information on the book from Texe Marrs' website. I really love this man, fighting the good fight of faith...

“The economic misery index is at an all-time high. Millions of Americans are out of work with few prospects. Protesters and demonstrators occupy our streets demanding the politicians do something—anything, to fix America’s grave financial condition. But political gridlock prevails and, in fact, there is really no difference between the Republican Party and the Democrats. Incompetence, graft, corruption, and scandal are found everywhere. America seems to be sinking into a hell-hole of defeat, and a final economic cataclysmic event may soon be at hand.

But is this breaking of America’s back a planned series of fiascoes? Is there an elitist group, backed by the Money Power, including the Federal Reserve, the White House and corporate banking interests, overseeing this destructive process? Indeed, is Red China, their perfect 'Communist Ideal,' set to rise as the leader of the New World Order? Will the U.S. be leveled and the dollar decimated to benefit the communist tyrants in Beijing? Can we stop this foul plan of the elite and make America great once again?” 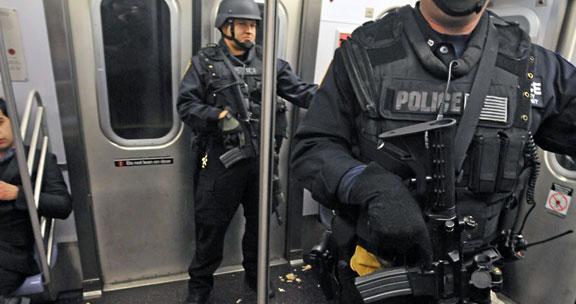 The satanic teaching of Evolution that humans and animals evolved from the same biological source have not been without consequences. If humans are animals in the most basic sense, then bestiality must be acceptable. Lest you think I'm over-exaggerating, consider that on December 31, 2011 President Barack Obama signed the National Defense Authorization Act (NDAA) into law, which permits U.S. soldiers to have sex with animals. Isn't that sick?

In these sinful Last Days it is important to spend a lot of time ABIDING in the Scriptures (John 15:1-8). I highly recommend getting the audio Bible by Alexander Scourby on DVD. You can listen to the entire Bible in 75 hours. For many people this would be the first time they've ever heard the entire Bible all the way through. Faith cometh by hearing, and hearing by the Word of God (Romans 10:17). The Bible teaches us repeatedly to trust the Lord, and not men. Jeremiah 17:5, “Thus saith the LORD; Cursed be the man that trusteth in man, and maketh flesh his arm, and whose heart departeth from the LORD.” The answer is in the Bible!

Government is the steward of our liberties, not the grantor of our liberties. The U.S. Constitution merely outlines our God-given rights. Remember that! If evil men rise to power and try to deny our God-given rights, then we have a right to defend ourselves against tyranny (against the unlawful taking of men's properties and the criminal deliberate bankrupting of our economy). The greatest form of patriotism is to defend our nation against our own corrupted government.

Americans Buy Record Number of Guns in December of 2011 (gearing up for what's ahead!)

We are see more and more encroachments on liberty in modern times. The incredible thing is that there is so little resistance. Only 40 members of 535 members of congress voted against the Police State's NDAA bill in December of 2011 (indefinite detention for American citizens). The bill became the law of the land on December 31, 2011.

The Bible teaches in 2nd Corinthians 4:4 that Satan is the god of this sinful world. As such Satan comes to world leaders (just as He came to Jesus Christ in Matthew 4:9-10) offering Him all the glory, pleasures and power of this temporal life in exchange for His soul and worship. Jesus gave all mankind an example to follow, by defeating the Devil with the Word of God. The Devil comes to people today, offering them fame, fortune, pleasures and guaranteed worldly success. Countless Hollywood actors and Rock 'N' Roll performers have testified that demonic spirits come over them and control them.

All recent U.S. Presidents have been members of the demonic Bohemian Grove, located just north of San Francisco in California. President Richard Nixon once famously described the gathering at Bohemian Grove as “the most faggy G_ddamned thing you could ever imagine.” Presidents Reagan, Bush Sr., Bush Jr., and Clinton have all been members. Prime minister Winston Churchill had also attended and was a known Druid witch. Hitler was involved with the occult, as were numerous other fascist leaders.

The largest occult group is Freemasonry, which is a demonic organization, composed of an inner esoteric group who worship Baphomet (Lucifer), and then the outer naive group which are never introduced to Satan worship. Mormonism operates the same way, that is, an organization within an organization. Do some research and you'll quickly discover that the founder of nearly all modern pseudo (false)-Christian denominations were Freemasons.

Satan is the god of this world (2nd Corinthians 4:4). This is why we read in Ephesians 6:12, "For we wrestle not against flesh and blood, but against principalities, against powers, against the rulers of the darkness of this world, against spiritual wickedness in high places." Our true enemies as Christians are the rulers of the darkness of this world. We are not strong enough to fight against them by ourselves. We need the armour of God, which we read about in Ephesians 6:13-18. It's the Sword of the Word of God that is our primary weapon. Verse 18 says praying always

Jesus Came to Save Sinners