Who's the Biggest Sinner?

James 2:10, “For whosoever shall keep the whole law, and yet offend in one point, he is guilty of all.”

You are! I am! We all are! It is human nature to look upon the sins and faults of others, while often overlooking our own sins. This is hypocrisy. One of the worst deceptions is overlooking our own faults. The Word of God proclaims in James 2:10 that committing even ONE SIN makes a person GUILTY in God's eyes of breaking every command in the Bible. This is a startling doctrine that is hardly touched upon in churches today.

This is why the divorce rate amongst professed Christians is equal to that of the heathen unsaved world. In filing for divorce, a person is saying: “My spouse is a bigger sinner than I am; therefore, I have a right to abandon, quit and break my marriage vows.” No you don't! Divorce is a horrible sin rooted in one's own hypocritical self-righteousness. Nearly everyone who files for divorce blames their spouse. This is evil. The Bible teaches that we are all as guilty as the vilest sinner in God's eyes. This doctrine is virtually unheard of nowadays, because few preachers stress the Law of God anymore, which condemns all of us as guilty sinners before God...

“Now we know that what things soever the law saith, it saith to them who are under the law: that every mouth may be stopped, and all the world may become guilty before God” (Romans 3:19).

In the eyes of men, murdering someone is obviously worse than stealing their lunch; but as far as God is concerned we are all equally lacking any righteousness of our own. We are each as dirty and rotten as the other guy. Oftentimes what people perceive as acceptable, such as homosexuality, is an abomination unto God. If we SEARCH THE SCRIPTURES as Jesus commanded in John 5:39, then we can only come to the conclusion that we are as sinful as the worst sinner in God's eyes and it matters not who is more guilty. We are all guilty (Romans 3:10,23). The fact of the matter is that we are all sinners deserving of punishment in Hell (Romans 6:23; Revelation 20:11-15). Although we may never commit murder or rob a bank, that does not make us any less guilty of being a horrible sinner in the eyes of God.

May I say, no matter how righteous I may try to live, the ONLY reason why I will ever be righteous is because of the imputed righteousness of Jesus Christ. Jesus paid my sin debt, and He alone is my righteousness. I have no righteousness to offer God, and neither do you.

People tend to selfishly judge themselves based upon what sins they personally DON'T commit. The Bible perfectly illustrates this in Jesus' account of the Pharisee and the publican who went up to the temple to pray...

“Two men went up into the temple to pray; the one a Pharisee, and the other a publican. The Pharisee stood and prayed thus with himself, God, I thank thee, that I am not as other men are, extortioners, unjust, adulterers, or even as this publican. I fast twice in the week, I give tithes of all that I possess. And the publican, standing afar off, would not lift up so much as his eyes unto heaven, but smote upon his breast, saying, God be merciful to me a sinner. I tell you, this man went down to his house justified rather than the other: for every one that exalteth himself shall be abased; and he that humbleth himself shall be exalted” (Luke 18:10-14).

The Pharisee in Luke 18:10-14 made the grave mistake of comparing himself with other people, instead of measuring himself up against the holy Law of God. If we foolishly look at other people who commit worse sins than we do, then we naturally become self-righteousness and think we are "better" than that person. I tell you, you are as filthy and rotten as Adolf Hitler in God's eyes, and so am I...

“But we are all as an unclean thing, and all our righteousnesses are as filthy rags; and we all do fade as a leaf; and our iniquities, like the wind, have taken us away” (Isaiah 64:6).

“This is a faithful saying, and worthy of all acceptation, that Christ Jesus came into the world to save sinners; of whom I am chief” (1st Timothy 1:15).

The Apostle Paul was a faithful missionary, who loved the Lord Jesus Christ and helped people everywhere he went. Paul suffered horribly from shipwreck, hunger, turmoil and malicious beatings from his enemies; yet he kept going for God. Paul was a mighty preacher and a strong Christian. Although Paul was arguably the greatest missionary who ever lived, he still addressed himself as the "chief of sinners." I don't know too many believers today who are anywhere near as dedicated and committed to Jesus Christ as was Paul. If a good Christian like Paul esteemed himself as the "chief of sinners," then we ought to feel the same way.

We must distinguish between condemning someone for their sins versus publicly exposing them because they are a threat to society. I publicly expose abortionists (murderers), homosexuals (sex perverts) and religious deceivers (liars) through my online ministry; but I do not condemn any of them personally. I am not condemning them; God's Word condemns all of us (Romans 3:19-23). I am as rotten and sinful as the worst sinner. I am not self-righteous; I am trusting upon HIS RIGHTEOUSNESS, i.e., the righteousness of Jesus Christ (2nd Corinthians 5:21). I deserve to burn in Hell and there's absolutely nothing good about me except the Lord Jesus Christ Who lives in my heart, thankfully.

If a local school has a teacher who is teaching teens how to have homosexual “fist sex,” which is happening today in Massachusetts, then that evil person needs to be exposed. Godless heathens are quick to cry out, "Jesus said, 'judge not lest ye be not judged.' " They conveniently fail to quote John 7:24 where Jesus stated, "Judge not according to the appearance, but judge righteous judgment." So we are supposed to judge, but rightfully so.

Ephesians 5:10-11 reads, “Proving what is acceptable unto the Lord. And have no fellowship with the unfruitful works of darkness, but rather reprove them.” The word “proving” in Ephesians 5:10 is the Greek word (dokimazo) and means “to test.” Thus, God wants us to test everything, to judge righteously, to discern whether or not something is acceptable to Him, i.e., in agreement with His holy Word. Certainly, it is NOT acceptable to teach children that it's ok for Timmy to stick his fist in Johnny's backside as an expression of love. We are living in a sicko society in America. Ephesians 5:11 commands God-fearing believers to reprove [Greek: elencho, i.e., “to expose”] all works of darkness. This is not condemning; but rather, judging righteously as we are supposed to do.

Pastor Jack Hyles (1926-2001) once made a great statement that I never forgot. It was a Sunday night church service, and I was sitting there at the precious First Baptist Church of Hammond, Indiana while I was attending Bible college at Hyles-Anderson College. Dr Hyles said: “First Baptist Church will become a great church when we stop saying, 'He has sinned!' and 'She has sinned!' and we start saying, 'WE HAVE SINNED!'.” Amen and amen! That was David's godly attitude in Psalms 106:6, “We have sinned with our fathers, we have committed iniquity, we have done wickedly.” I love that, THREE times David uses the pronoun “WE.” A believer who is right with God doesn't point fingers at others who sin, they realize the truth that, “But by the grace of God there go I!”

Would to God that more believers today would realize the extent of their wickedness in the eyes of God. We are a sorry bunch. Our only hope is the precious Lord Jesus Christ and the salvation that He freely offers to us, paid for by His own shed blood...

“Forasmuch as ye know that ye were not redeemed with corruptible things, as silver and gold, from your vain conversation received by tradition from your fathers; But with the precious blood of Christ, as of a lamb without blemish and without spot” (1st Peter 1:18,19).

If it weren't for the literal precious blood of Jesus Christ, we'd all be doomed to the Lake of Fire. God is a good God... “But God commendeth his love toward us, in that, while we were yet sinners, Christ died for us” (Romans 5:8). Amen!

One day I had preached a rip-snortin', shingle-pullin', window-rattlin', hell-fire and damnation sermon to a group of about 80 people in Chicago. After the sermon I stepped outside for some fresh air. I glanced over and noticed a gentleman smoking. He felt embarrassed and said, “I'm sorry reverend for smoking in front of you.” I replied, “I preach against sin from the pulpit; but away from the pulpit I'm just as much a sinner as anyone else. You're in good company friend. You need not apologize.” He had wrongly esteemed that he was a bigger sinner than me; but I am the biggest sinner I know. If you want to see the biggest sinner, then just look in the mirror. You and I are as guilty of sin as anyone else. 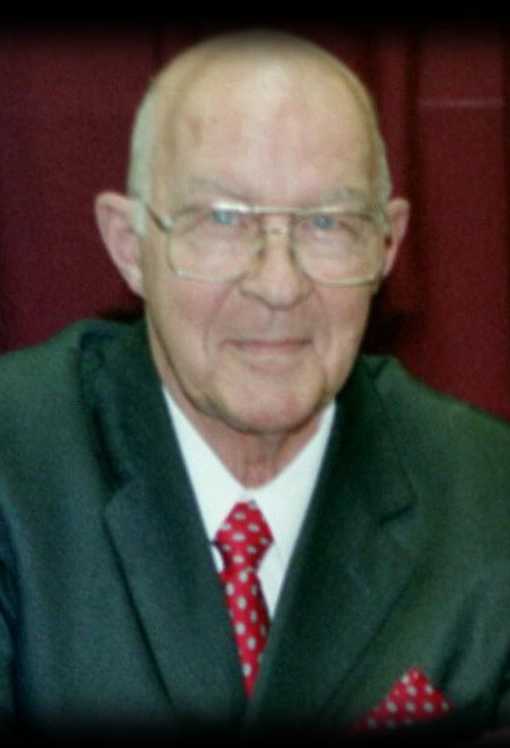 “In flaming fire taking vengeance on them that know not God, and
that obey not THE GOSPEL of our Lord Jesus Christ.” —2nd Thessalonians 1:8