1st Corinthians 3:10-11, “According to the grace of God which is given unto me, as a wise masterbuilder, I have laid the foundation, and another buildeth thereon. But let every man take heed how he buildeth thereupon. For other foundation can no man lay than that is laid, which is Jesus Christ.” 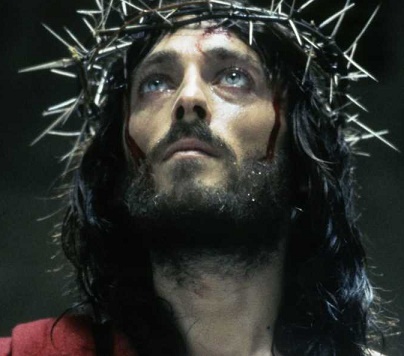 The Bible sternly warns that every person should take heed how they are building, for only that which is truly done for Christ will having eternal lasting results. MOST religious labors done today in the world's churches is totally IN VAIN, teaching for doctrines the commandments of men (Mark 7:9).

The Bible proclaims in 1st Corinthians 3:11 that Jesus Christ is the FOUNDATION of the Church. Roman Catholics on the other hands, teach that the Church (specifically the Catholic Church) is the foundation. They derive this demented misunderstand from a perverted view of Matthew 16:18. Roman Catholics are taught that salvation rests in the Catholic Church, and water baptism is the door into the church. They pervert the meaning of Matthew 16:18, “And I say also unto thee, That thou art Peter, and upon this rock I will build my church; and the gates of hell shall not prevail against it.”

If Catholics would only study the Bible as 2nd Timothy 2:15 tells us, then they would know that “Peter” in this Verse is petros, meaning “a stone” (a piece of rock); but “rock” in this Verse means Petra, meaning “a rock” (mountain). Jesus is THE ROCK, but Peter is a little stone. The New Testament Church is built upon Jesus Christ, clearly evidenced in 1st Corinthians 3:11, “For other foundation can no man lay than that is laid, which is Jesus Christ.”

Roman Catholics serve Satan. Everything they do is in vain because they honor God with their mouths, but their hearts are far from God and His commandments in the Bible (Matthew 15:8; Mark 7:6-13). Romans 10:3-4, “For they being ignorant of God's righteousness, and going about to establish their own righteousness, have not submitted themselves unto the righteousness of God. For Christ is the end of the law for righteousness to every one that believeth.” Could the Bible be any clearer? It is not by our own self-righteousness that we are saved; but by Christ's righteousness which is IMPUTED to every believer at the moment of salvation (2nd Corinthians 5:21; Romans 4:5-6).

There are all sorts of charitable organizations, most of which shine during the holidays as people all of a sudden feel compassion for the poor; but it's all done in vain if the gospel of Jesus Christ is not preached to the lost. The Salvation Army has deteriorated over the past century, being more army than salvation these days. They teach a perverted Calvinistic view of the gospel (which requires a person to continue in good works and faith to remain saved). This is called the doctrine of the 'perseverance of the Saints.'

This is very similar to the damnable heresy of Lordship Salvation (which requires a person to surrender all to Christ and to forsake their sinful bad habits to be saved).

Such false doctrines attempt to force a sinner to change in order to be saved; instead of allowing God to do the changing in a sinner's heart who comes to Christ by faith to be forgiven and saved. In Calvinism's 'Perseverance of the Saints' and in 'Lordship Salvation,' both false gospels place the BURDEN OF CHANGE UPON THE SINNER. However, in Biblical salvation, God saves the person who acknowledges their sinnership and believes on Jesus as the Christ, the Son of God, to be forgiven and saved (John 20:31). The BURDEN RESTS UPON CHRIST, Who took our sins upon Himself at Calvary.

God the Father gave up His only begotten Son so that we wouldn't have to give up anything to be saved. Eternal life is a free gift (Romans 5:15; 6:23; Ephesians 2:8-9). And a good thing, for we have nothing to offer God; “But we are all as an unclean thing, and all our righteousnesses are as filthy rags; and we all do fade as a leaf; and our iniquities, like the wind, have taken us away” (Isaiah 64:6). Thank God the Father for the gift of salvation in Christ Jesus! Jesus is precious! END

“In flaming fire taking vengeance on them that know not God,
and that obey not the gospel of our Lord Jesus Christ.”
—2nd Thessalonians 1:8